I’ve returned to Washington State for the holidays, so I’m puttering around looking for things to do.

So now in its sixth year, my annual December To Do List drops like a hammer on the big toe. Very painful and thoroughly unwelcome.

Watch your toes and proceed at your own risk.

END_OF_DOCUMENT_TOKEN_TO_BE_REPLACED

I dominated my most recent December To Do List! Snooze.

Results, outcomes and the correlative aftermath of same are about to be apportioned, so cut out the tedious part (aka reading it) by aborting your web session now and hitting the sack. You’ll need the rest. We may soon have a Wall to tear down after all.

Goal for December 2017: Do all 11 items on my tremendous, very stable To Do List.

END_OF_DOCUMENT_TOKEN_TO_BE_REPLACED

Wow, another year in the books. 2017 is almost toast, but we still have a fair bit of work to do.

For the fifth year in a row, I present my December To Do List. And like all the many years before it, it’s an amazing, transcendent ride that will have you weeping for joy, and high-fiving people you don’t even know!

Okay, as Jedi Master Luke Skywalker likes to say, “None of those words are true.”

But that shouldn’t stop you from closing this post now and heading out to high-five someone! Or just give them a hug. They may need it.

These lists have a certain sameness to them, because December also represents the season I return to Washington State for the holidays. And there are certain things I like to do when I head back to my home state. I’ll spend about half of December in DC and the other half in WA. (Editor’s note: At press time, I’m already there!)

It is the holiday season once again. Ho ho hum.

And almost time for my annual sojourn to Washington state!

Let’s start a new tradition. Every December, a new To Do List. Okay, I say that now, but check back with me in 3 years.

There are certain things you know you should be eating if you grew up in Washington state.

As often as you can.

Print this and carry it with you at all times. 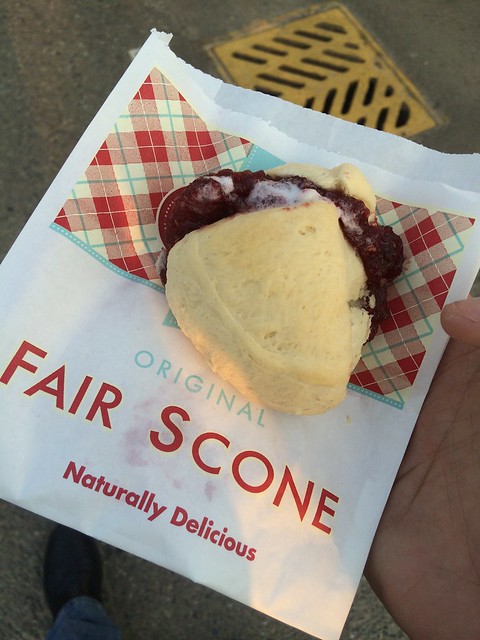 Ivar’s Fish and Chips
Where: Ivar’s of course! Multiple locations, but we* like Ivar’s Salmon House on Lake Union.

Mocha (16 oz, hot or iced)
Where: Roadside coffee stands (Located everywhere, including the Bikini barista ones if that’s your thing…)

Dick’s Deluxe Burger
Where: Dick’s Drive-In (Five locations in Seattle and one in Edmonds) 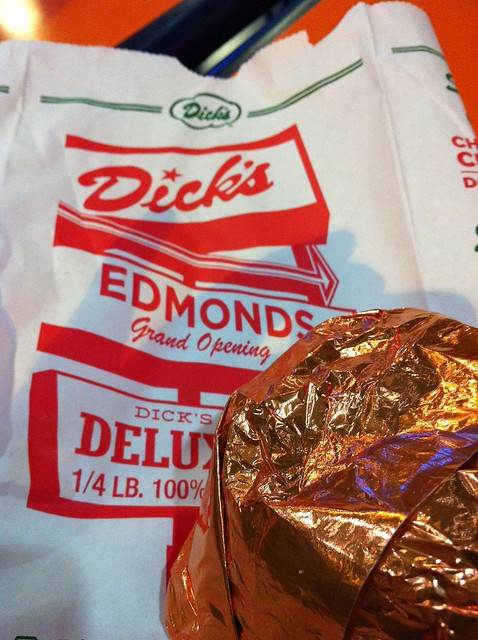 Salmon (Grilled on a cedar plank)
Where: Any restaurant that serves it or any backyard BBQ that grills it 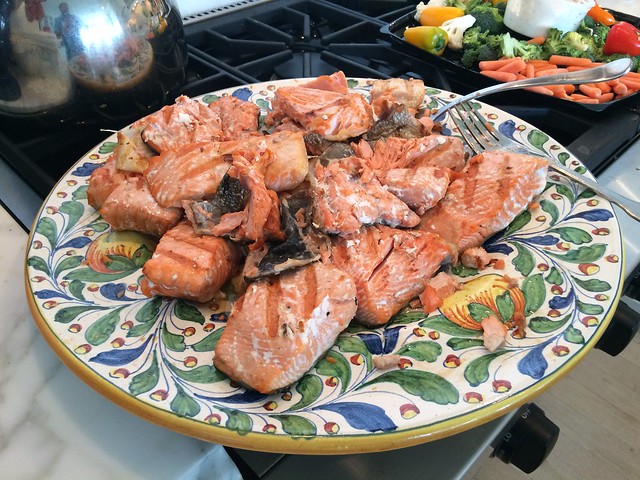 Jo-Jo’s (From the hot case)
Where: Any convenience store/gas station that has them

Cream Cheese Dog (aka a Hadley Dog before a game or at 2am)
Where: Any street hot dog stand that serves it in Seattle 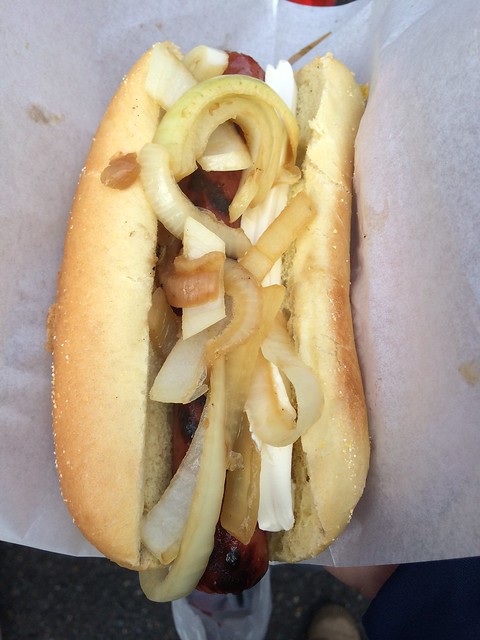 Mac & Jack’s African Amber
Where: Mac & Jack’s Brewery in Redmond or any local bar or stadium that serves it 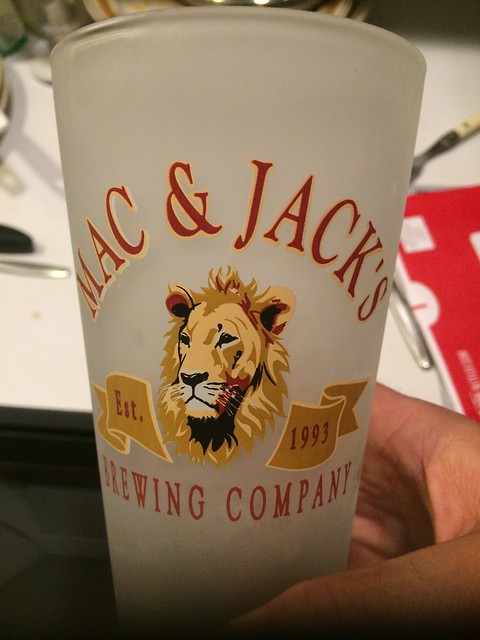 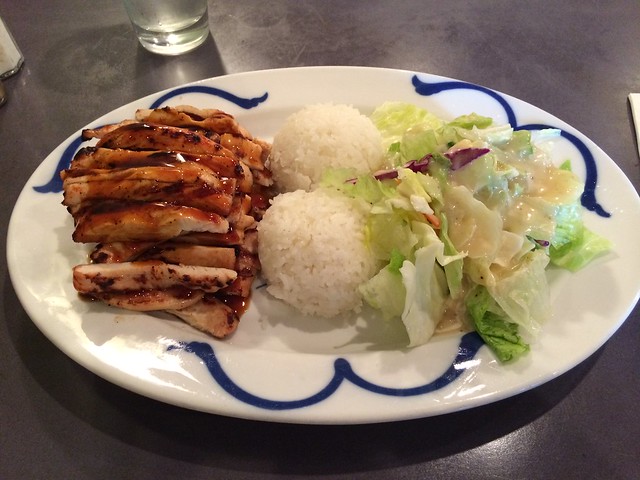 Apples (Get Honeycrisp. Cramming your face in pie form is also acceptable)
Where: Everywhere, but we like Prey’s Fruit Barn near Leavenworth.

What would you add? Thai food? Geoducks? Ewww.

Okay, but let’s go with sunsets instead. 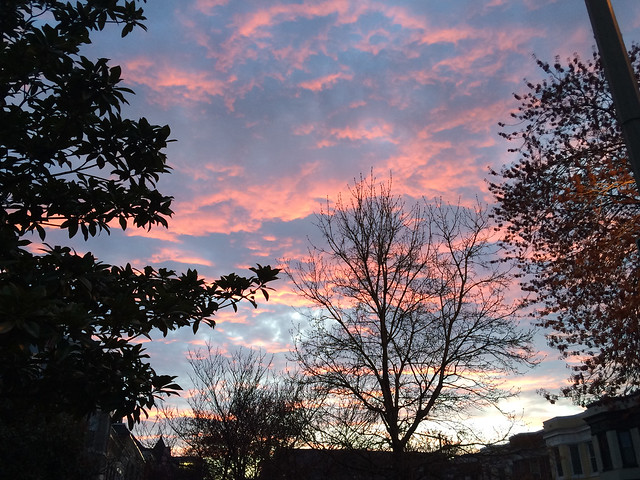 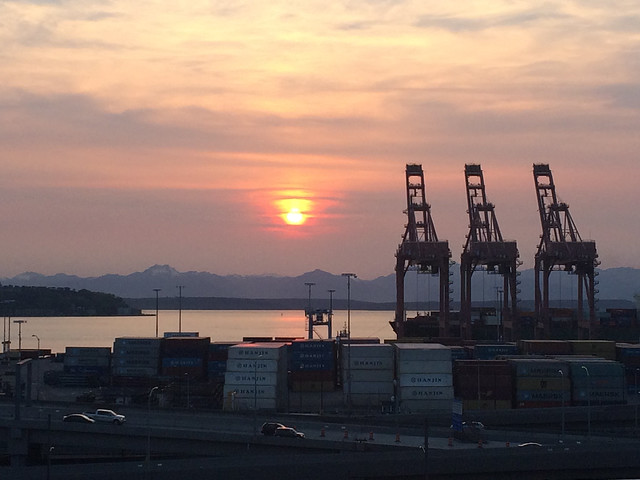 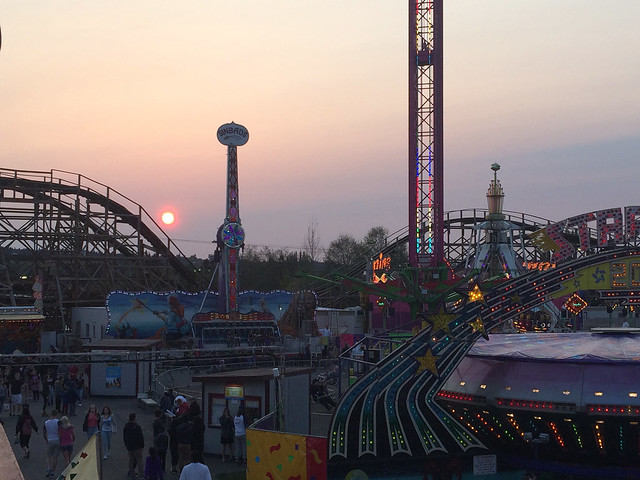 Sunset at the Puyallup Spring Fair 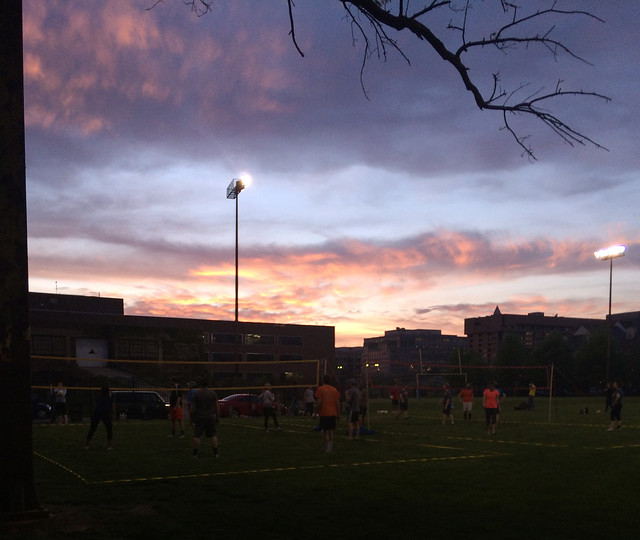 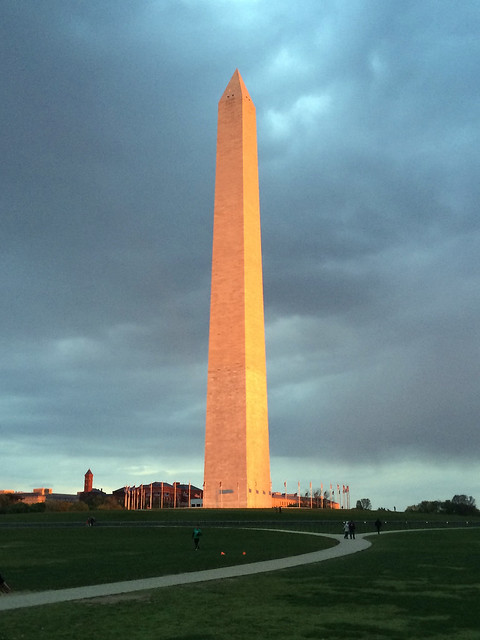 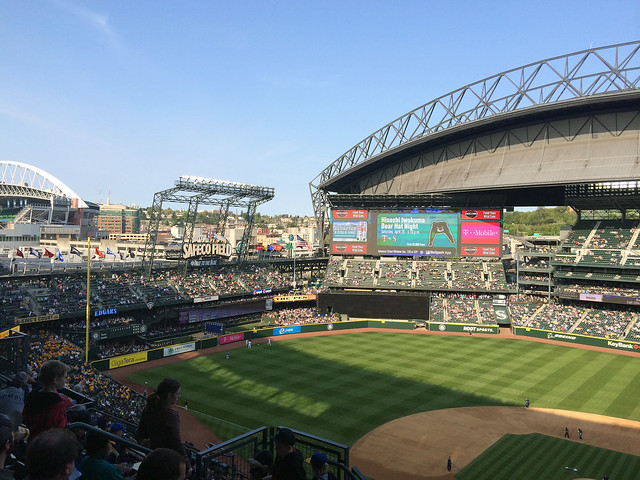 Felix wins! But I didn’t get my Felix bobblehead. 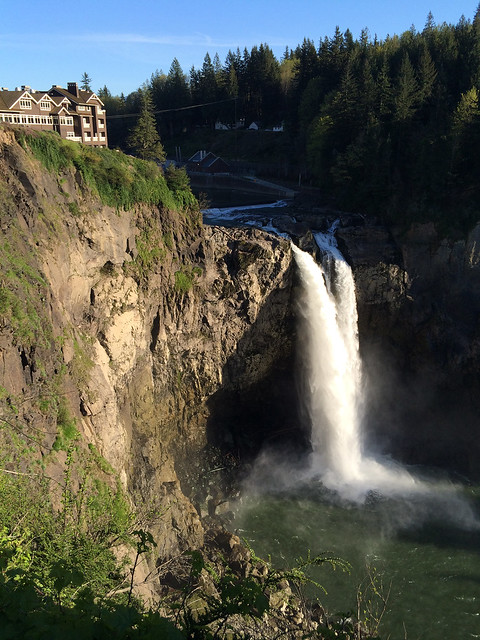 The Falls of Snoqualmie and the Salish Lodge 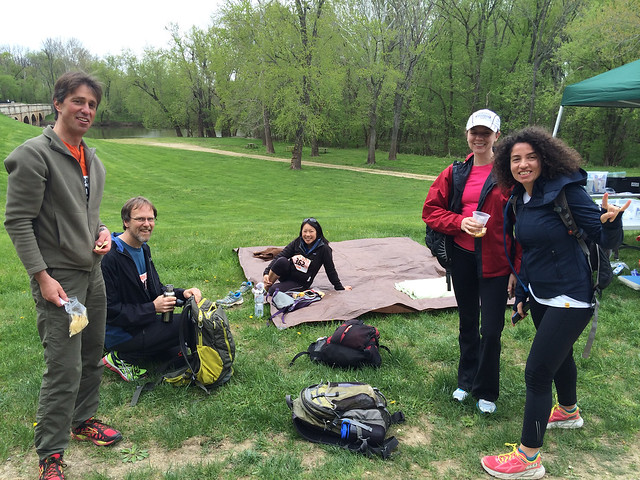